During a three-year expat stint living in Singapore, I had a lot of mealtimes to spend investigating the local food scene. The country’s gastronomic offering is as diverse in flavour as it is in price. However, if you want to experience the culture and save a bundle, stick to the local dishes served at hawker centres throughout the Little Red Dot. Here I reveal my top four Singaporean foods that will tantalise your taste buds while being gentle on your wallet.

For more on travel to Singapore, see these posts:

Before we start, a couple of notes about food in Singapore:

Kaya Toast is a product of British colonial influence and Asian migration. Historically, the large majority of Chinese immigrants to the Malay Peninsula were from the Hainan Province. Many of these migrants found work as kitchen hands-on British ships and learnt to cater for traditional European tastes with the substitution of local ingredients. It is believed that this is the origin of kaya toast.

Like all good meals, Kaya Toast is all about balance.  Molten butter and kaya (coconut jam) are smothered on dry, crunchy toast and served with soft-cooked eggs. A few drops of thick, dark, salty soy sauce counters the saccharine kaya. Kaya Toast is available in most hawker centres and kopitiams (local coffee shops) and there is a chain dedicated entirely to the meal – Ya Kun Kaya Toast. 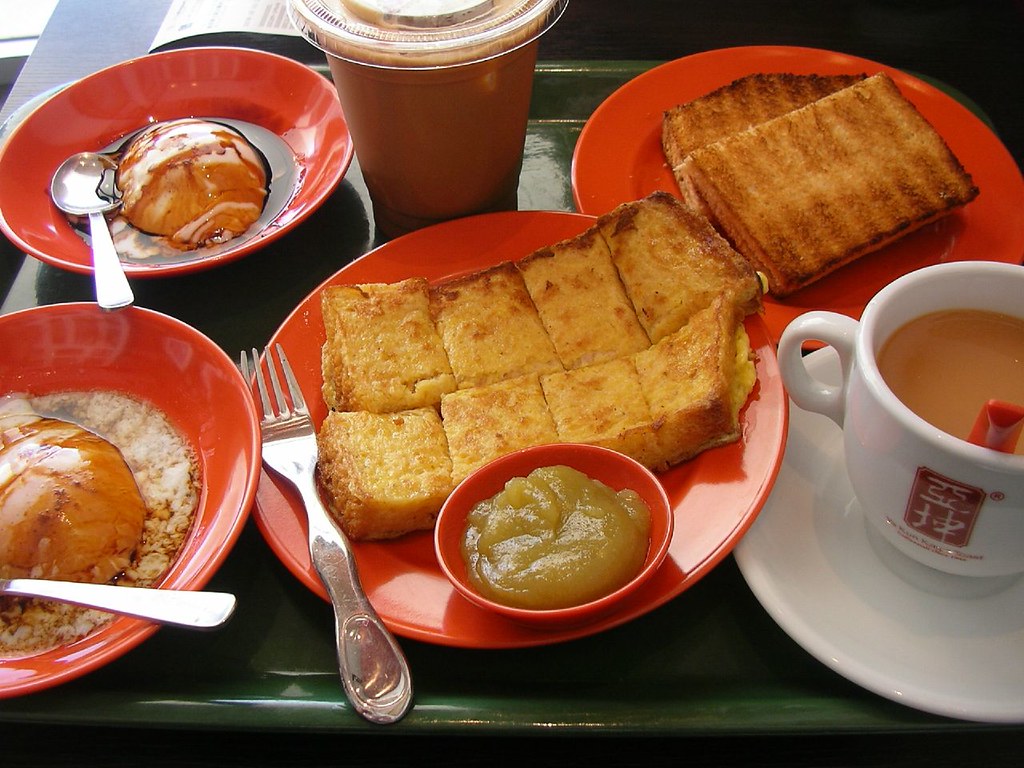 The first time I tried Popiah, it was described to me as the “Asian burrito.” In fact, Popiah is a spring roll made with a thin, crepe-like wrapper stuffed with cooked meat and vegetables, then eaten fresh – not deep-fried. The Popiah made its way from China down through Southeast Asia with the movement of traders. Unique spin-offs were created with local ingredients in places such as the Philippines, Malaysia and Indonesia.

The Popiah wrapper is made with wheat flour, water and a pinch of salt. It is spread with sweet sauce and chilli paste, which is sprinkled with flecks of fried garlic. A lettuce leaf is layered next to prevent the wrapper from getting too soggy. The most common cooked fillings in Singapore are bamboo shoots with shrimp, sautéed garlic and pork that has been cooked in broth. That is topped with some combination of fresh ingredients such as beansprouts, omelette, cucumber, coriander, Chinese sausage and shrimp. The Popiah is rolled and sliced into bite-size portions to be eaten with your fingers as a delicious snack or accompaniment to a meal. You can find Popiah in most hawker centres in Singapore, and Open Rice will direct you to some of the best. Alternatively, try making them at home with this recipe. 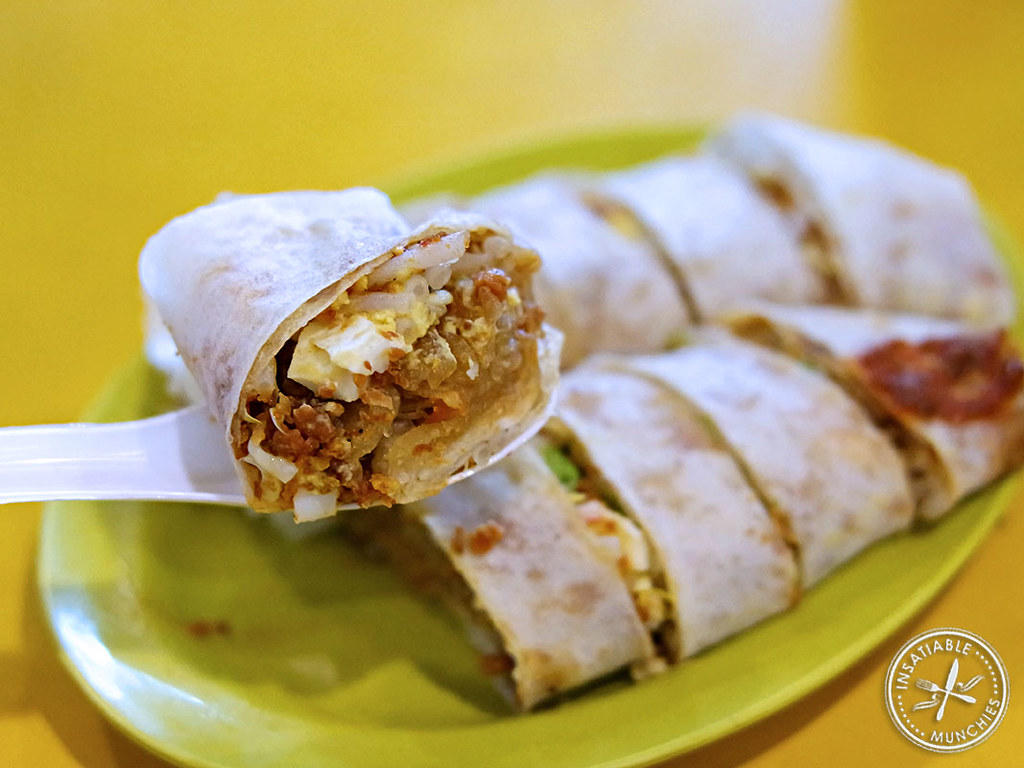 Chicken Rice is Singapore’s national dish and one it is probably most famous for. On first appearance Chicken Rice seems simple enough. However, looks can be deceiving – on sampling your first bites of this Singaporean food, your taste buds will detect that this is not just poached chicken served on steamed rice.

Much of Singapore’s Chinese population are immigrants or descendants of immigrants from Hainan, a tropical island and most southern point of China. The diaspora brought with them a dish called “Wenchang chicken” that formed the foundation of the Singaporean version. Combined with the influence of Cantonese immigrants who used young, tender birds and brought a chilli-garlic dipping sauce to the mix, Singaporean’s developed their own unique style of chicken rice.

The secret of what we now know as Singaporean or Hainanese Chicken Rice is the rice preparation. The grains are first fried in chicken fat and then cooked in broth for a subtly delicious flavour that reinforces that of the chicken. The tender chicken is usually offered poached or fried (white or brown) and sliced into bite-size portions with a side of chilli-garlic dip. Most hawker centre renditions will present the dish with a garnish of cucumber slices and served as a “set,” meaning it will come with a little bowl of broth on the side. If like me you prefer some greenery with your meal, order a side of vegetables which will typically come doused in a mysteriously delicious combination of sauces, topped by a sprinkling of fried shallots.

Ayam Buah Keluak is a Peranakan dish of chicken or pork ribs stewed in a spiced tamarind gray with buah keuak nuts (from the kepayang tree) and served on rice. Other ingredients include candlenuts, turmeric, chilli, galangal (Thai ginger), belacan (shrimp paste) and lemongrass.  It is an extraordinarily time-consuming dish to make, so don’t miss this opportunity to have someone cook it for you.

Peranakan cuisine is mostly influenced by Hokkien Chinese and Malay food traditions, however, ayam buah keluak takes more from the Indonesian side of the Peranakan family tree, migrating its way from Java and Sumatra through Malacca in the 15th century and spreading throughout the Peranakan community in places like Singapore.

This dish is more difficult to find and more expensive than the others on this list because of the extensive preparation required. I highly recommend dining at True Blue Cuisine (next to the Peranakan Museum) or Candlenut (recently awarded a Michelin star). 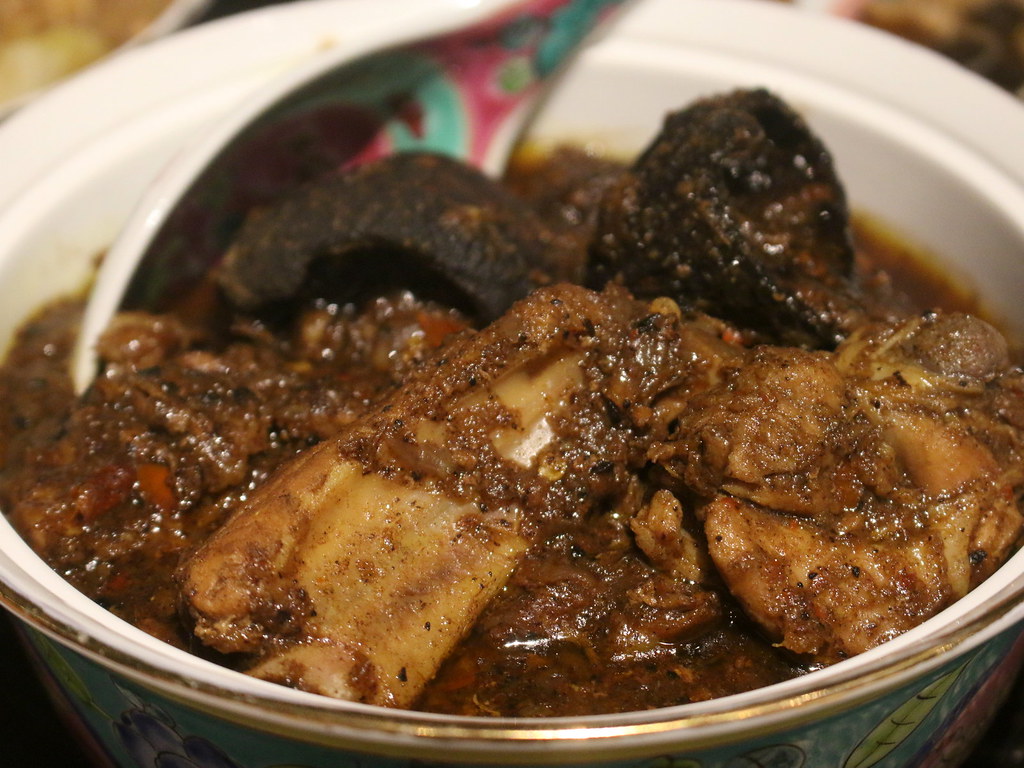 Colours of Cuba – A Lesson in Conscious Travel

Thank you very much Helen!