My first love was a bridge. The Sydney Harbour Bridge, precisely. No, truly I was absolutely smitten. So much so that when my mum asked my four-year-old-self what kind of birthday cake I wanted (meaning shape, not flavour), I asked for a Sydney Harbour Bridge, and my mum obliged. The 1980’s photos have been lost to time so you’ll have to believe me. So, what makes the Sydney Harbour Bridge special? Why should you experience the colloquial “Coathanger” while visiting Sydney? Let me tell you…

The idea of a bridge connecting Milsons Point and Dawes Point on opposite sides of Sydney Harbour sprung up in 1815. It would be almost one hundred years before the idea started to become a reality. Dr John Bradfield, the chief engineer of the state public works was appointed to oversee the project in 1912. World War I hindered progress until in 1922 the government finally passed legislation to allow the Bridge to be built, while a worldwide tender process searched for a worthy design.

Designs were submitted from six countries, with British firm Dorman, Long and Co. winning with their proposal for an arched bridge. The design bears strong resemblance to New York’s Hell Gate Bridge built in 1916, and Tyne Bridge in the UK that opened in 1928, only on a much larger scale.

Build a bridge and get over it, Sydney Harbour that is

Work began on the Bridge in 1924 and to prevent shipping hazards and additional costs, the arch was built in two halves anchored with giant steel cables to rocks. Two custom-designed creeper cranes were made to slink along the tops of the two half arches as they were being constructed, lifting the steel into place.

In 1930, after a severe storm tested the Bridge, its two halves met for the first time. Workers on the Bridge were shouted a cheap beer and half-day holiday. Ferry horns tooted and their passengers waved with joy, as the Australian and British flags fluttered proudly in the breeze, hung from the creeper cranes.

With the creeper cranes now in the centre, the deck was built from the middle outward. Train and tram tracks were laid and to prove the strength of the Bridge, 96 locomotives were lined up buffer to buffer on the four rail tracks.

Six million hand driven rivets and 53,000 tonnes of steel later, the Sydney Harbour Bridge, the longest single-span steel arch bridge in the world at the time, was completed in 1932. At the height of the Great Depression, completion of the Bridge lifted the spirits of the people of Sydney and the opening was celebrated with much fanfare.

Celebrations included a gun salute, fly-over, fireworks, sporting carnivals, exhibitions, and a parade of marching bands, military, war veterans, school children, indigenous Australians, surf lifesavers and bridge workers among other notable community groups. This was followed by a pageant of themed floats cataloguing local history and looking into the future. The public were then invited to walk across the deck of the Bridge, which was not repeated until 1982 when the city celebrated the 50th anniversary. 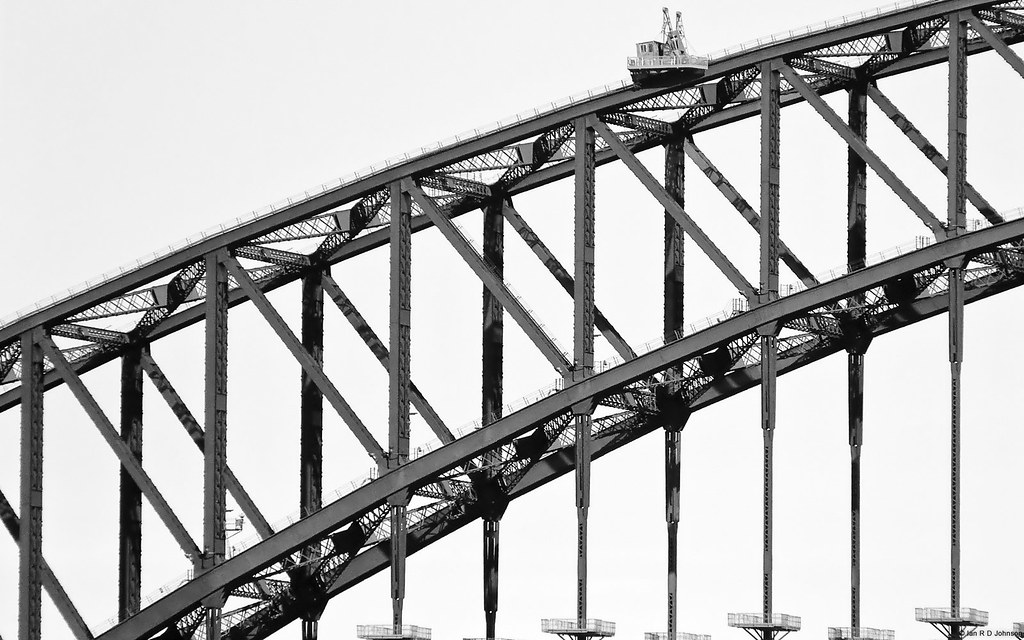 Even now, the first thing I look for on a visit to Sydney, as the plane comes into land or as we drive into the city, is my beloved Harbour Bridge – 39,000 tonnes of graceful, sweeping steel and four granite-clad, art deco style pylons. As luck would have it, my grandfather-in-law lives at Milson’s Point, so I have a great excuse to get up close and personal with the Bridge on every trip back to my birthplace. It’s become a homecoming ritual for me, now an expat, to see the Bridge on my one trip home each year.

The best way to experience the Sydney Harbour Bridge

There are a many ways to take in the Sydney Harbour Bridge. Here are a few of my favourites:

Find more fabulous things to do in Sydney in this post, and drop any comments, questions or unusual childhood love interests (to help me feel more normal) in the comments below.

Things to do on Breathtaking Boracay Island, Philippines